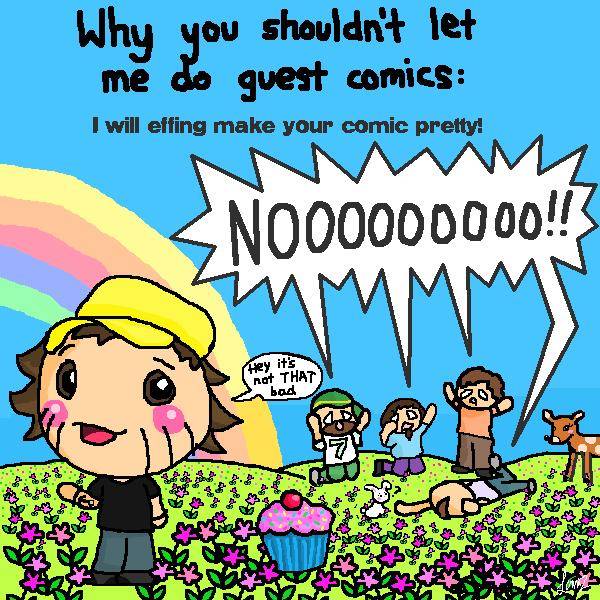 Tamz loves gaming, comics, horror/sci-fi/fantasy, and can bake pretty much anything imaginable! She also has a devilish sense of humour, which is sometimes hard to notice because her art is SO. DAMN. CUTE. I love this Episode, because it is exactly what I would expect of Tamz. I asked her to contribute because I am a fan of her blog, and I knew that not only would she produce something 'kawaii', but she would do it in a way that pokes fun at the Howler Monkeys, and the fact that our styles might not necessarily 'match'. I love how the characters are 'stuck' in this Episode, and bemoan their presence in it. I have mentioned previously the Looney Tunes cartoons where the characters battle the animators themselves, and this Ep. is another reminder of those. It is also, once again, completely different from anything that has appeared on the site before, either by me or any of my previous 'Guesties' Tamz is criminally under-followed on twitter, and Friggin' Zombies needs more episodes! Follow her and pester her to do more, MORE, MORE...!!!

Oops, you forgot something.

The words you entered did not match the given text. Please try again.